I wanted to open the body up. I had been using absolute masses that are solid and confront you with your own bodily spatial displacement, but another way is to make intersecting cells out of planes that are enclosures but are open enough to invite a speleology of the eye. I want to enliven the viewer's inquisitiveness, but also confront them with their own passage through space and time. As you walk around the works, they shift from being very transparent to very dense – they are assembled by the viewer. I seek a tension between open and closed, stability and the potential to fall. Open Switch (2016) is probably the most unstable, almost falling. Some are twisted, where the centre of gravity is pushed almost over the edge. Open Gauge (2015) is probably the most classic, a riff on the odalisque, completely dense from the front but as you move around its voids come into play. Open Home (2014) is very defensive. This dance of open and closed is not just a game of construction, it's psychological. 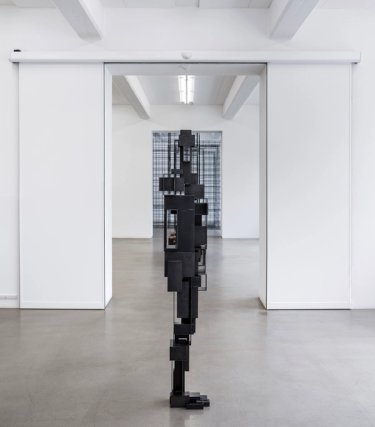 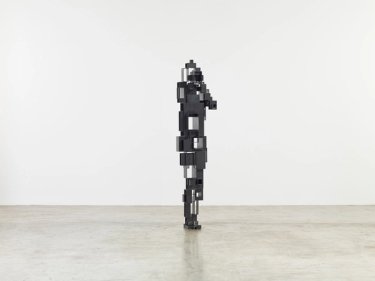 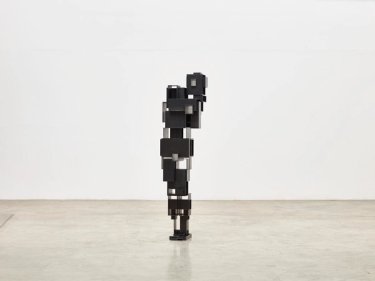 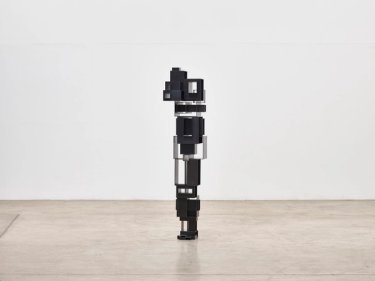 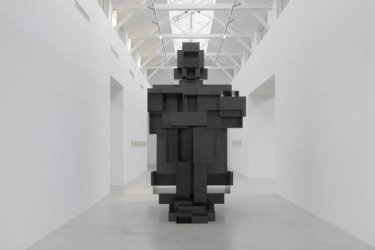 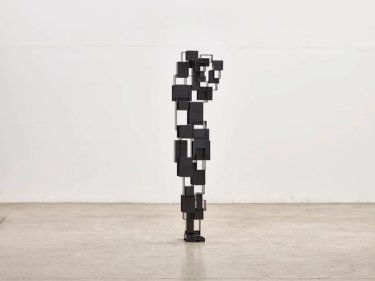 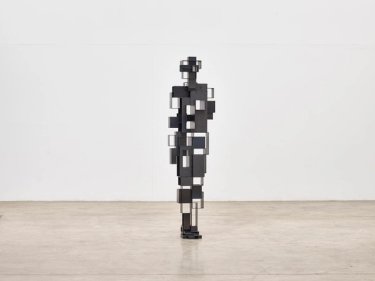 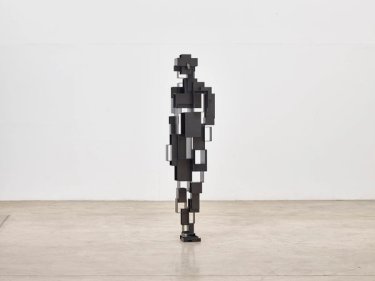 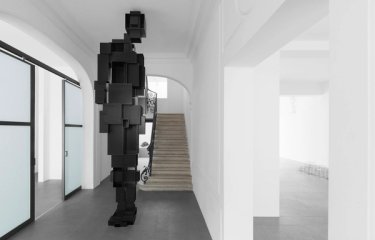 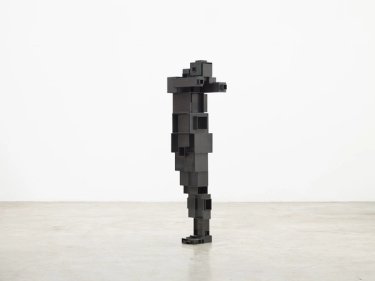 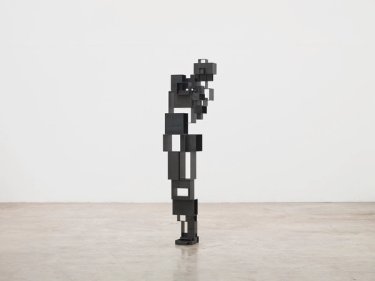 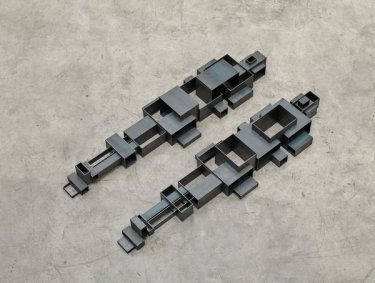 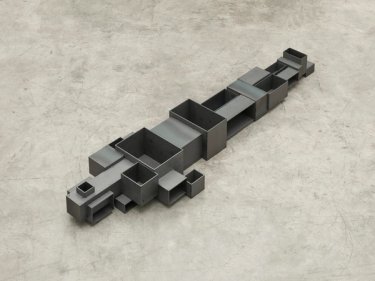 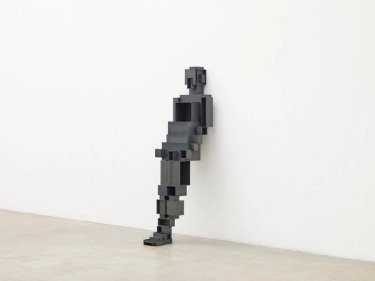 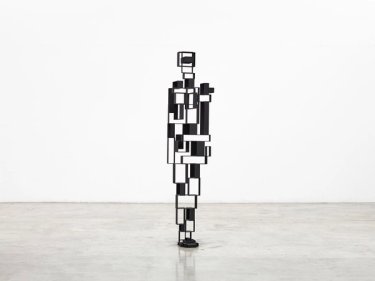 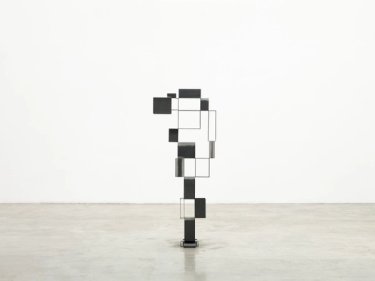 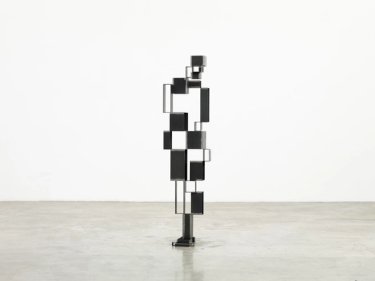 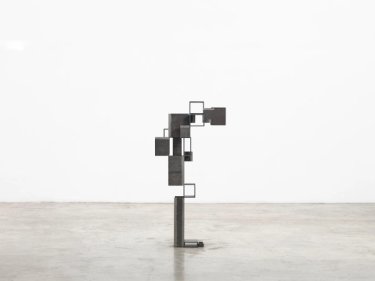 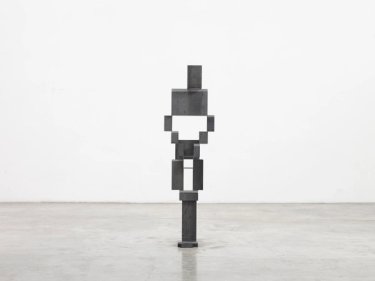 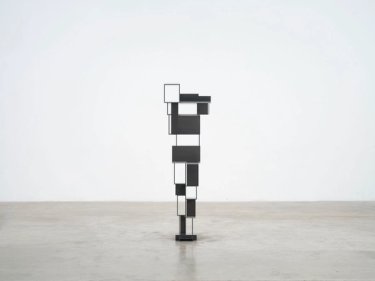 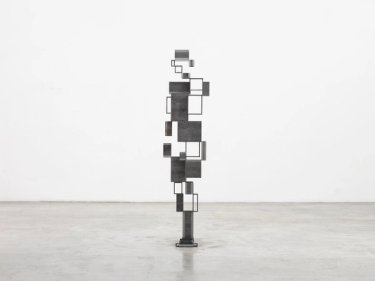 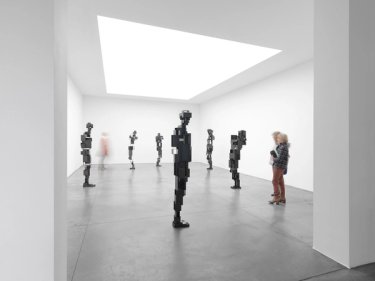 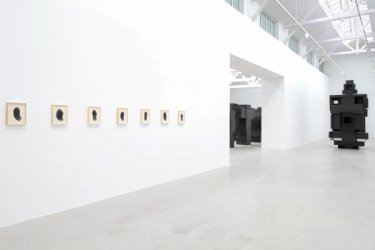